A good friend of the shop made a great find at the Nashville Flea Market: a Hatch Show Print datebook from 1967! Just seeing this piece of ephemera from the last century would be amazing–but this particular datebook provides a behind-the-scenes peek at the Municipal Auditorium, one of the Nashville’s biggest venues at the time. 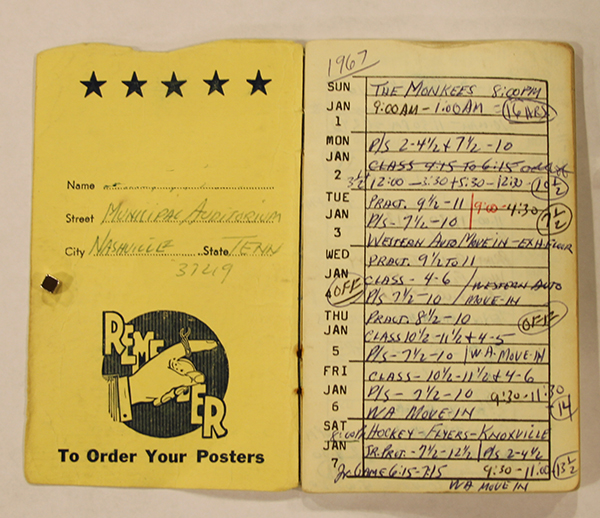 Mr. K, the book’s owner, was hired by the Municipal Auditorium in 1967. He used his Hatch datebook to record both his hours and the exhibitors, shows, and events that took place in the venue. Even fifty years ago, the Auditorium was hosting big shows, kicking off the year with the Monkees (on January 1)! 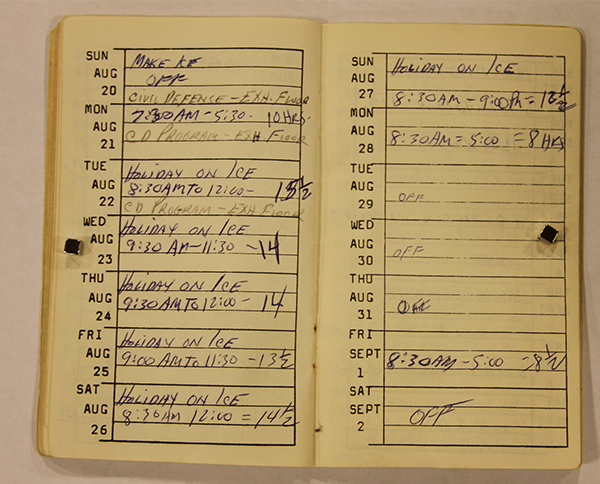 Mr. K’s daily agenda frequently included the note “Make Ice,” and, without further notation, one might assume the venue was just really pushing cold drinks sales. But thanks to Mr. K’s meticulous notes, readers soon learn that the ice was for numerous hockey tournaments and multiple performances of Holiday on Ice in August (August?!). 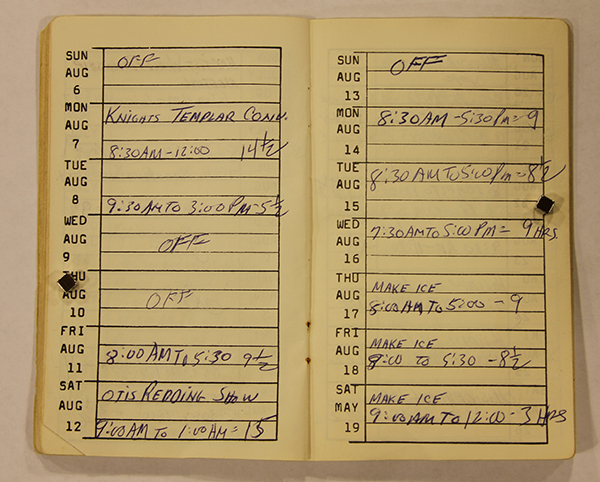 Otis Redding appeared at the Auditorium on August 12, just four months before his premature death in a plane crash. 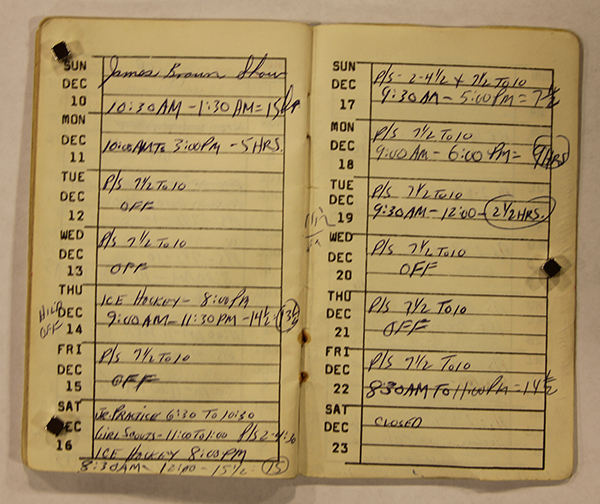 And on December 10, James Brown performed in Nashville for the second time.

We’re combing our late 1960s business records to see if Hatch Show Print provided any advertising posters for the events at the Auditorium during Mr. K’s tenure . . . stay tuned for future installments of this breaking story. 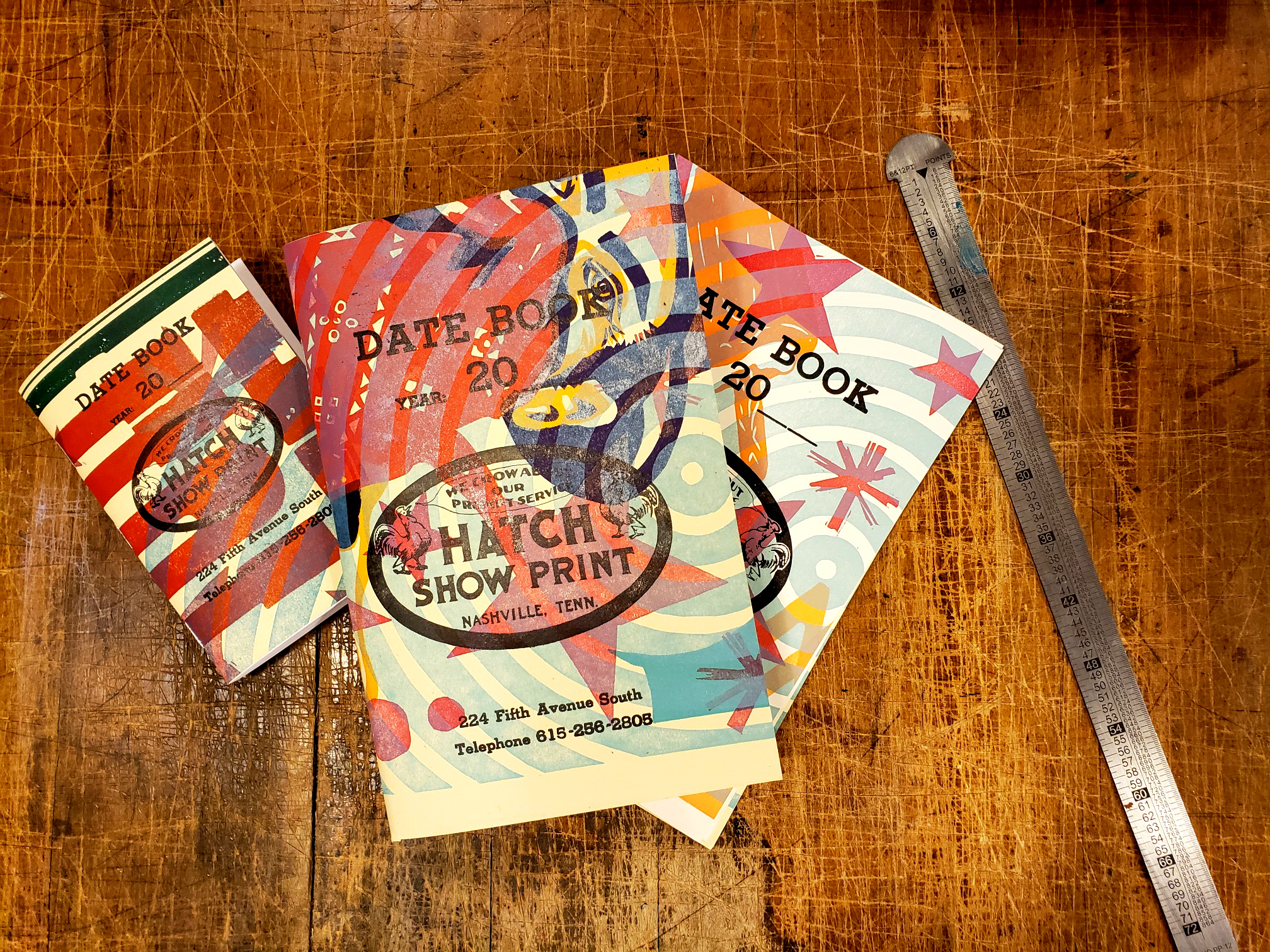 Years ago, Hatch customers were gifted these handy datebooks as not-so-subtle reminders to get those poster orders in on time.

Thanks to Mr. K (and our flea market-shopping friend) we’ve put them back into our production schedule with a few updates. Now, datebooks come in two sizes, pocket or backpack, and we upcycle some of our misprints and makereadies for the covers.

Inside, you’ll find strong text weight paper, intentionally left blank to allow the owner to fill in as they desire: with sketches, lists, reminders, or, as Mr. K so meticulously recorded, hours worked. Make notes on your own history as you live it!