Much of the type-focused handiwork of the first generation of Hatch Show Print—original wood type, examples of text-only, hand-carved printing blocks featuring their lettering skills—survived into this century. But we have very little left of the illustrative work that was produced prior to the early 1920s, when Will T. Hatch assumed the role of shop manager and proprietor after his father passed away.

This five-color, three-sheet baseball player is one of the shop’s all stars from that era. The original fifteen blocks necessary to complete the print were carved in 1887, most likely for the one-season Nashville Blues, though the advertisement might have been used for other teams in the ensuing years.

The blocks have since moved around the city four or five times as Hatch Show Print changed locations. Through those moves, some of the blocks were lost or damaged. Thankfully, when Jim Sherraden took on the task of archiving as much of the shop as he could in the 1980s, he was able to carefully print the remaining blocks. It’s easy to see how wonderful the player would have been as a complete image. 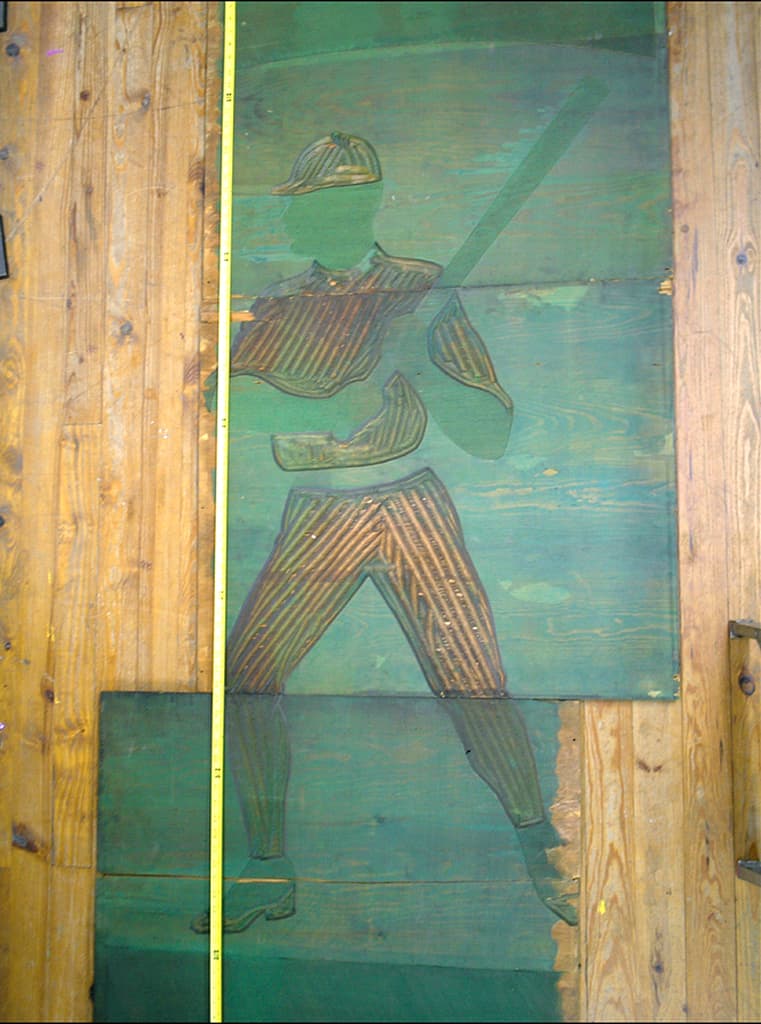 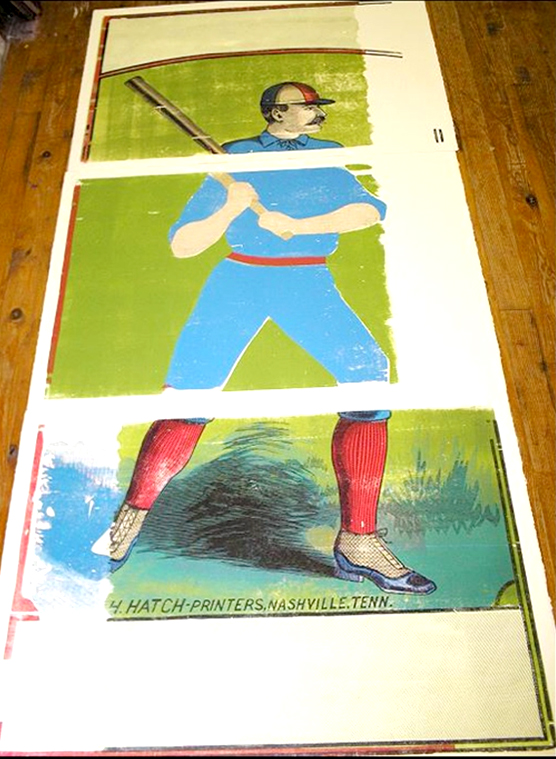 And the details don’t disappoint either! 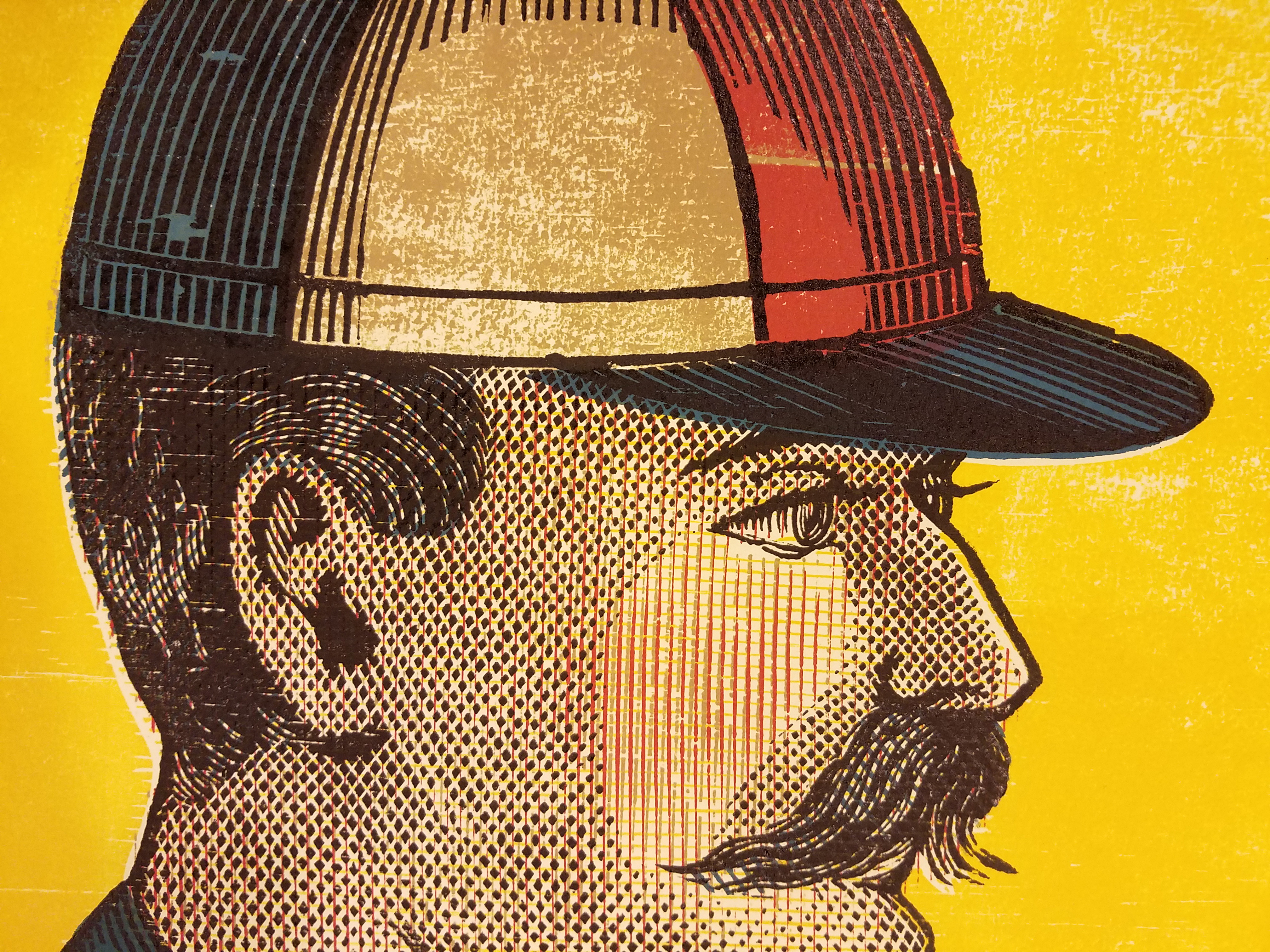 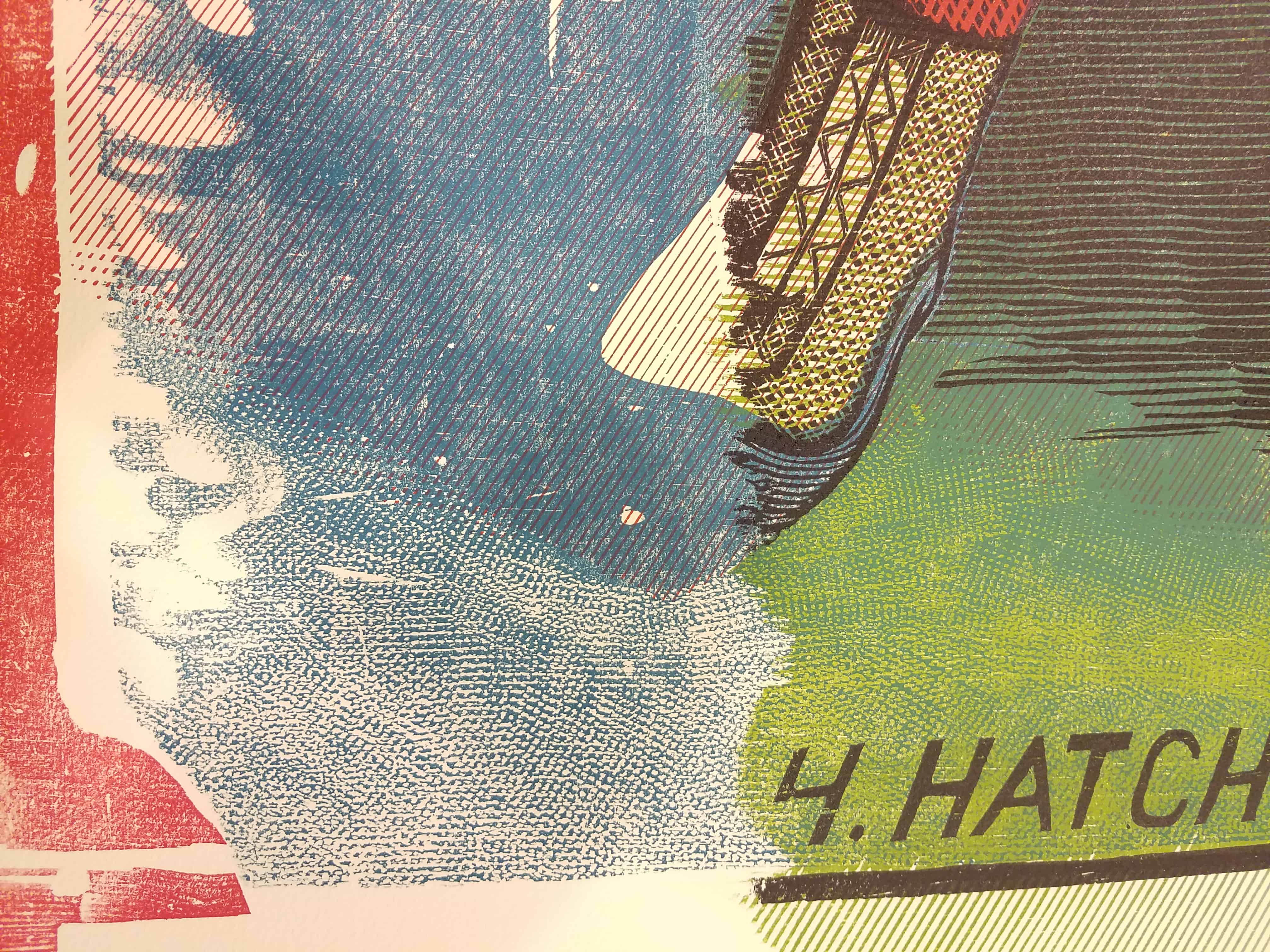 In 2019, after studying the prints and the remaining blocks, we decided to carve the entire set again and bring this character back to life. Designer-Printer Cory Wasnewsky put his years as a wood printing block carver to the test on this project.

This three-sheet piece, measuring approximately seventy-eight inches high by forty inches wide when assembled, requires fifteen passes through the printing press to complete (five per sheet), and is hand-inked from start to finish.

Instead of describing the rest of the months-long process, we’ll share this quick and colorful video showing how our nineteenth-century baseball player has come back to life, in true Hatch Show Print style.

The Making of the Baseball Player 3-Sheet Print