Voting On The Record

We know that we have shared the story about the posters the shop made in 1948 for Roy Acuff’s gubernatorial campaign, and how they paid for the purchase of the neon sign that still hangs outside our establishment (if you haven’t seen or read about it yet, check it out here!), but the shop’s relationship with campaign posters and that part of the political process does not end there. Or even begin there.

Some might say that the very first print the shop is known for producing, a 6 x 9 inch ‘dodger’ that advertised a speech being given by Henry Ward Beecher, on April 12, 1879, at the Grand Opera in Nashville, was political.

After the Civil War, Beecher was a supporter of both women’s suffrage and the temperance movement, among other causes, so while reports of the era talk of Reverend Beecher’s entertaining and compelling speeches, it’s entirely possible that his speech in Nashville in 1879 would have not been every Nashvillian’s cup of tea. 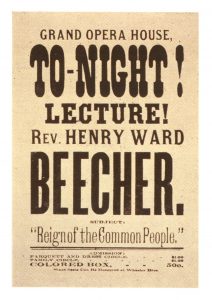 As it was with any print shop keen on staying in business, the power of the press was lent to customers who had work for the shop and in 1932 that included both political parties and the presidential election. While we haven’t made our way through the archive of records to determine who originally ordered these printing blocks to be cut, both candidates did pay visits to Nashville during this time. Will T. Hatch cut the blocks for these images, referencing the popular campaign photos of the day, and converting them into two-color prints.

As you can see, the blocks continued to be of service even after the election was over, as shelves in the shop: Hoover lost a bit of his head, and Roosevelt was split up into three long pieces. While we’re still looking for the top of Hoover’s head, Roosevelt has been (mostly) put back together… 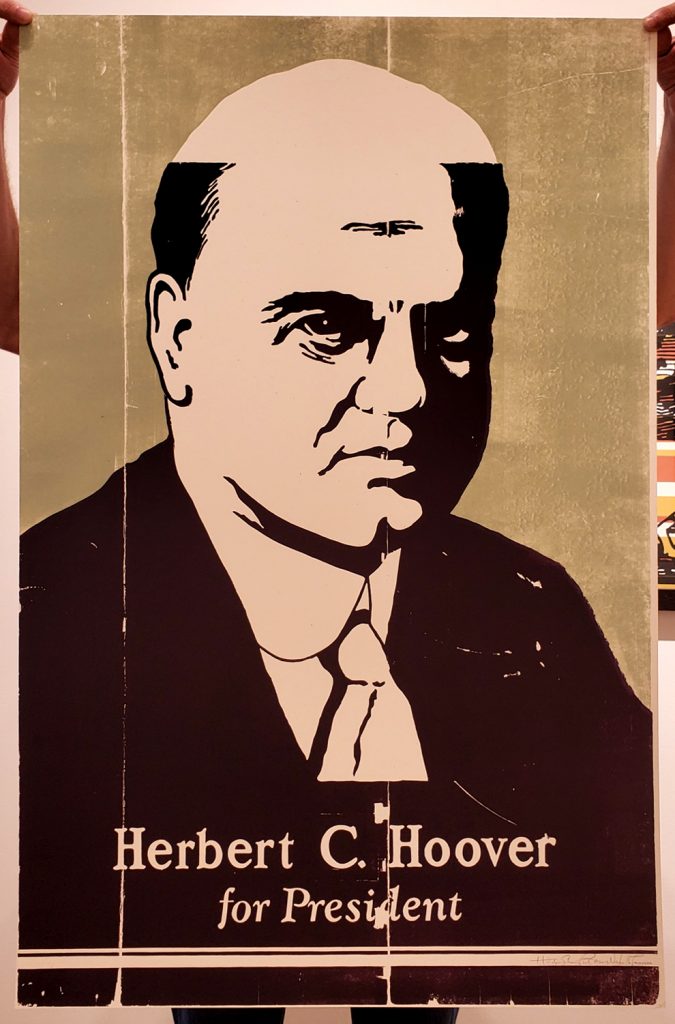 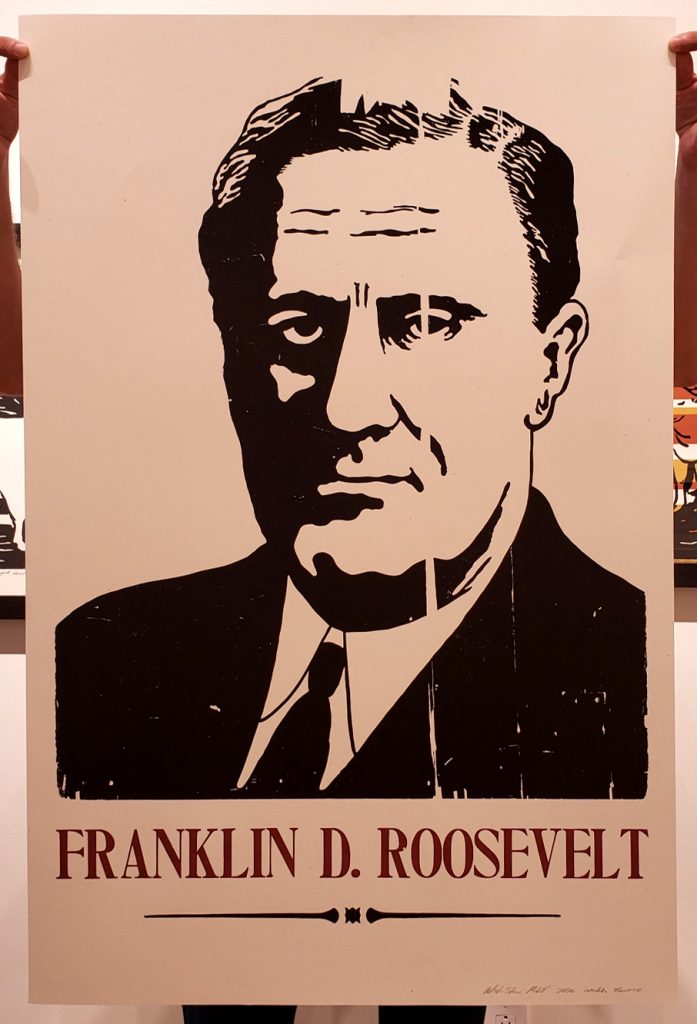 An array of local election campaign posters the shop produced throughout the mid-twentieth century really underscore the ‘tell-you or sell-you’ nature of this type of poster. Straightforward and spare copy, and the candidate’s name featured prominently are what got the job done. And just like today’s ephemera, a photo of the candidate was not necessarily important. 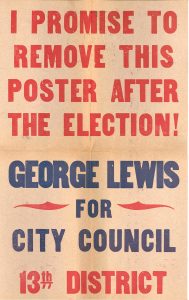 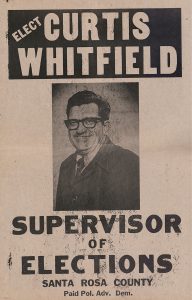 Makeready (test print) of a campaign poster for Curtis Whitfield, 1976.

Of course, it can never hurt to have a little help: Fundraising posters in the mid-1970s even included leveraging our city’s most popular resource, country music stars. 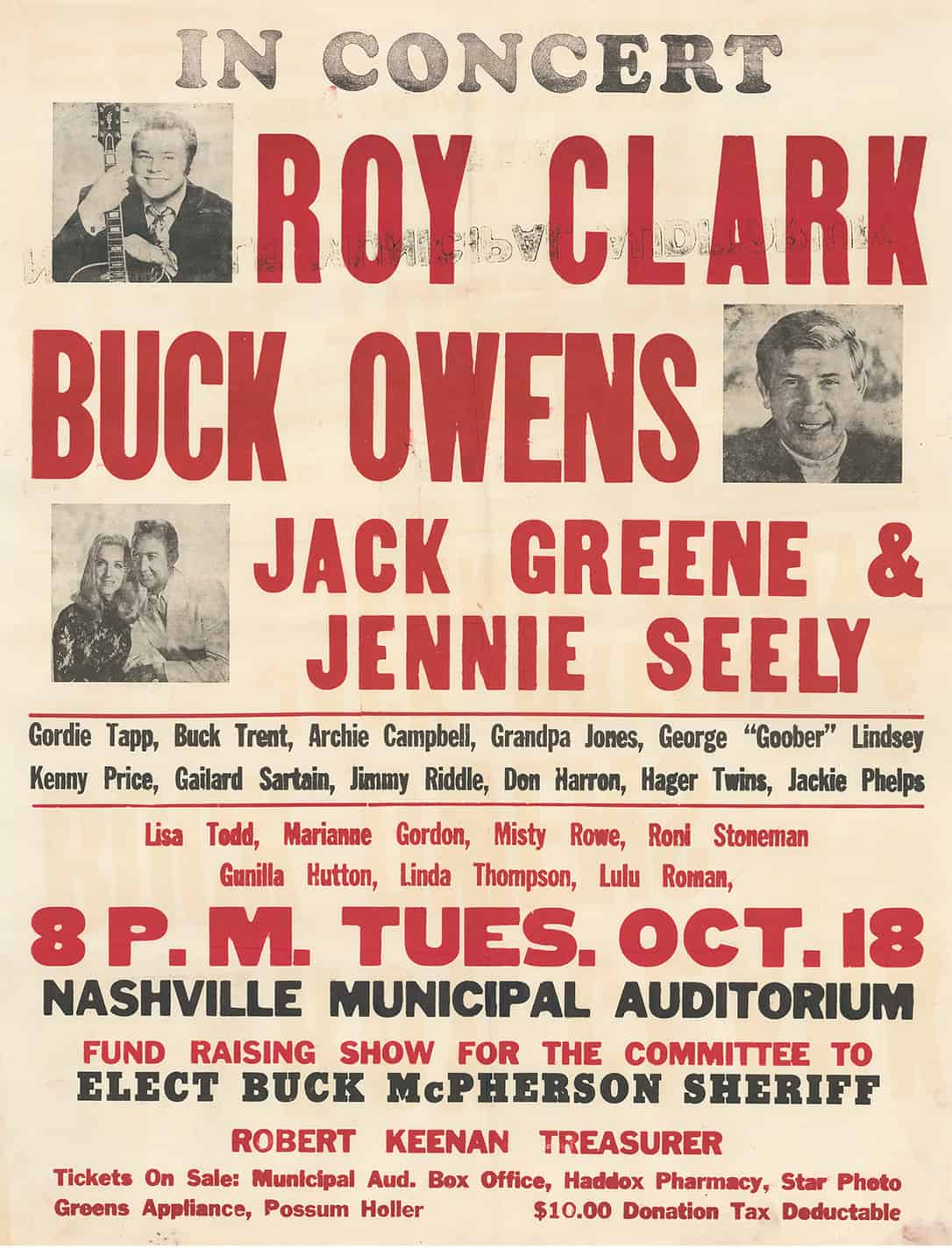 Today’s campaign trail needs for nearly any candidate have far outstripped the capacity of this print shop operating with the wonderfully outmoded technology of hand-cranked printing presses, so the work we do tends to commemorate special events within the season, or that inalienable right: the right to vote.

In 2008, the shop worked with CNN to create cut-away visuals for the network’s coverage of the election, and Belmont University, who hosted a Presidential town hall debate. A year and a half later, Belmont hosted Vice President Joe Biden, and called upon Hatch Show Print to commemorate that evening too. 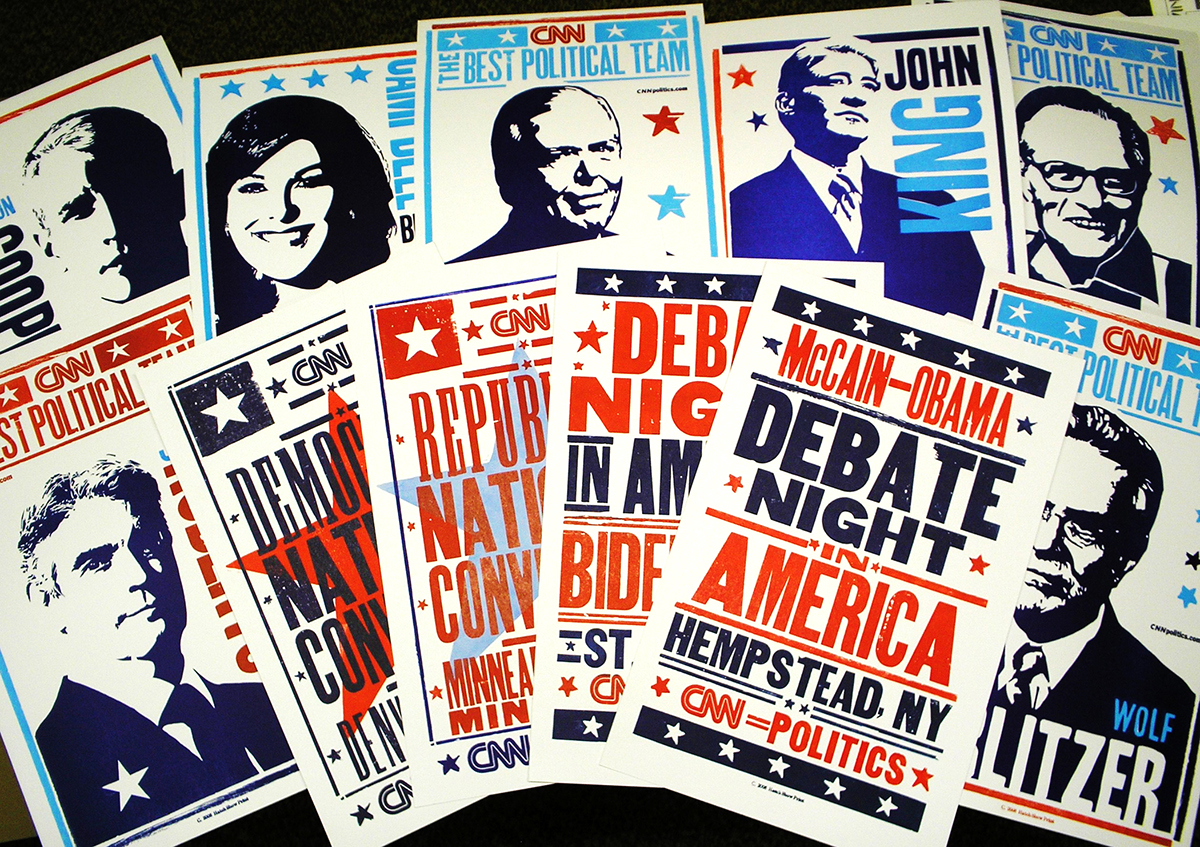 The posters designed and printed by Hatch Show Print provided imagery for the cutaways and introductions to campaign coverage segments as well as debate coverage by CNN during the 2008 election. 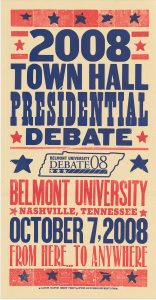 This year, with another national election looming and commemorating the 100th Anniversary of a woman’s Constitutional right to vote and the important role the state of Tennessee played in the ratification of the 19th Amendment, we have kept the presses running to produce a handful of posters that we hope are inspiring year round.

Visit our shop and explore our current collection, some of which is featured below: 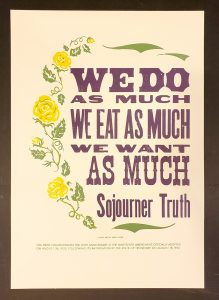 We Do As Much Poster 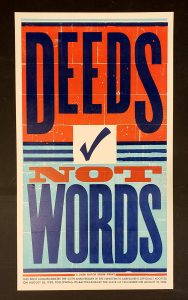 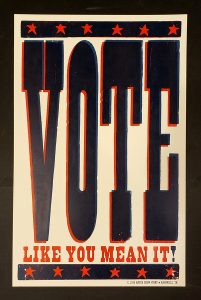 Whatever You Are Poster